Books, Ghettoes and the Reformation - A Century of Turmoil

Dedicated by the Muchni to our Rav.

Europe’s geographical vistas expanded in the 1500s, with the circumnavigation of the globe and the discovery of lands in the Far East. But for the Jews, the map had been severely redrawn and the borders narrowed, following their mass expulsion from Western and Central Europe as the Middle Ages drew to a close. Jewish settlements existed in very few of the cities in which the great medieval communities had lived. In many ways the 16th century would begin a new phase in Jewish history and would bring about a century of change and of contrasts. Starting from the Fourth Lateran Council in 1215, Anti-Semitism had escalated within society and the Jew became a pariah. So that, despite the Renaissance period strongly affecting intellectual life in Christian Europe, it conspicuously failed to create any change in attitude toward its Jewish neighbours. By 1500, there was no country which had not carried out severe discrimination against the Jews, in most cases ultimately expelling them. 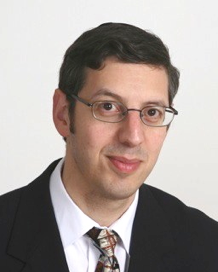 For the last 21 years Rabbi Aubrey Hersh has been based in London where he is currently Senior Lecturer and Projects Director at the JLE.

Rabbi Hersh lectures at seminars, university campuses and city firms in the UK as well as internationally. His main themes are history, philosophy, current affairs & halacha.

He was also the co-editor of the 60 Days for 60 Years book series (Holocaust 2005 and Israel 2008), and has been asked to appear on UK National TV for BBC’s The Big Questions. He is currently writing a book which ties trends in History into modern-day life.

Day 29 – Reinhard Heydrich, Reichsprotektor of Bohemia and Moravia, recommended concentrating all the Polish Jews in ghettos in major cities, where they would be put to work for the German war industry. The ghettos would be in cities located on railway junctions in order to furnish, in Heydrich’s words, “a better possibility of control and later deportation.” During his interrogation in 1961, Adolf Eichmann recalled that this “later deportation” actually meant “physical extermination.” 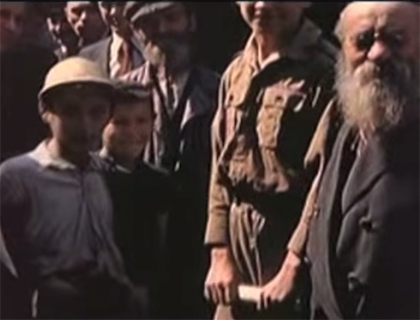 Silent video (in colours) of the Warsaw Ghetto in 1939.