Seventy days ago, you embarked on a period of commemoration, building a personal memorial day by day, and learning in memory of those who perished in the Holocaust.

Seventy days later, we hope that you have developed a greater understanding of your Judaism and the active role in it which only you can fulfil. Just over 70 years ago, who would have believed there could be any positive future for the Jewish people? Entire communities wiped out, historic synagogues destroyed, hundreds of years of Jewish life eradicated as if they had never existed, and more than six million of our people lost.

However, just as we did after previous tragedies such as the destruction of the temples in Jerusalem with enormous loss of life, we rebuilt. After the ashes of the Holocaust, the State of Israel was formed, communities were recreated and the vibrancy that had been part of our history began to flourish. Now we can marvel and thank God for how far we have come in such a short time.

It is true that antisemitism has not disappeared and its global rise is very worrying. However, over the last 70 days, all across the world, we have dedicated ourselves not just to remembering what antisemitism can lead to if unchallenged, but we have engaged in strengthening that which the antisemite wishes to crush – our Jewish identity.

There are many days of celebration in the Jewish calendar. For example, Chanukah celebrates the Jews’ victory over the mighty Greek empire, while Purim celebrates the day we remember our victory against Haman, despite the odds. Both times, it seemed that the Jews or Judaism were destined for destruction. Miraculously, we survived and the Jewish nation triumphed. Today is the first day of Pesach – when the Jewish people were liberated from Egypt to begin the journey to the Promised Land. Seventy years ago the Jews of Europe were liberated too, and began their journey forward. Some – like Estherke (see Essay 70)– made it to the Promised Land.

Last night was Seder night. You sat around your table and heard the four questions that we have been asking for millennia. As Jews, we have always asked questions. Some have been mundane, others central to our existence and survival. Today, ask yourself two more: First, what have I achieved from this project? This answer is self-evident: you have completed the sacred task of learning in memory of another Jew, reclaiming a “number,” and replacing it with a name. Second, what’s next? This is the challenge that faces us all. There is a custom in Judaism to make a siyum, a celebratory meal, upon the completion of a segment of Jewish learning. Most commonly a siyum is made upon finishing a tractate of Talmud. We recite two Aramaic words after completing the tractate, “Hadran alach,” meaning “we shall return to you.” There is a powerful message here: at soon as Jews finish a segment of learning they commit to return to their learning, to continue the journey, to capitalise on the momentum already achieved.

Seventy days ago, we began this project together. We have studied and remembered together. Now, as we end the book and the project, we should collectively assert, Hadran alach – we shall return to you. We have only provided a taste of each topic. We cannot distil all the wisdom of Judaism into 70 topics; it is for all of us to take the studying further. That, I believe, is our challenge.

With that in mind, I want to turn your attention to “Day 71 – Building the Future.” After Yom Tov, the 70 Days website will be transformed. By logging into the website, you will be able to continue your own learning, wherever you are in the world, via numerous resources. If you have not done so already, please sign up to the Build the Future campaign by registering here, and make sure that your 70 days of learning are a springboard to further engagement with our remarkable heritage. And finally, thank you for taking part in a project which I hope has been a fitting commemoration to the victims of the Shoah, 70 years ago. To emphasise the importance of further engagement, I will conclude with the words of Rabbi Lord Jonathan Sacks which opened this book: ‘If each of us in the coming year makes a significant personal gesture to show that Judaism is alive and being lived, there can be no more momentous signal to humanity that evil does not have the final victory, because Am Yisrael Chai – the Jewish people lives.’ 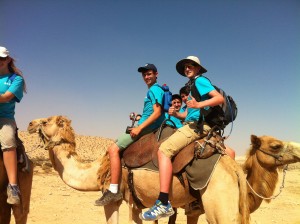 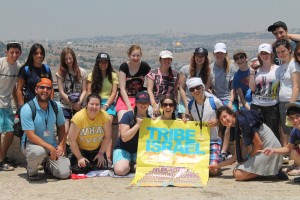 “Seventy days ago, we began this project together. We have studied and remembered together. Now, as we end the book and the project, we should collectively assert, Hadran alach.”